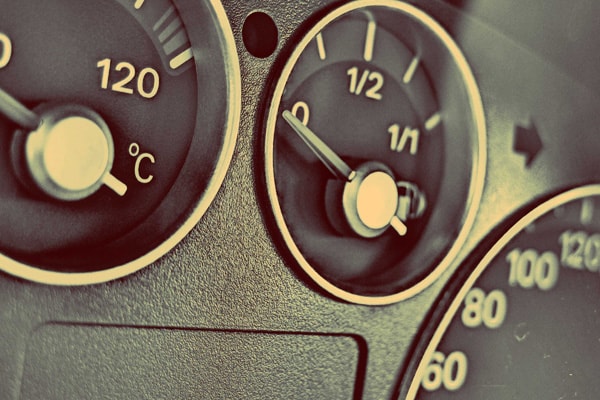 So, yesterday my car died. Just died. It was 100 degrees outside (It’s July in Texas. It’s HOT!). I was in the middle of my list of errands. I had a sitter for a limited time for my three-year-old. My husband was working in his office. And, my car dying was not on my to do list. At all.

I had gone from place to place and was about halfway through the list. When I realized that my car was not going to turn on, I got mad. I turned the key three or four times (anyone else do that thinking it will magically ignite?) and nothing happened. I sat there and my first immediate thought was, “Well, dang it. This is not what I need right now.” My second thought was, “Lord, why are you letting this happen? I am so busy and this is not a good thing.”

Three hours later, yes, three hours…I was hot, hungry and tired, but I was back on the road home. My husband had come when I called and could not get the car to charge, so we called AAA. And, they were able to diagnose the problem (dead battery-like, totally gone) and to install a new one at cost. Our helper was very kind, even though it was sweltering. And, the service worked, as it was suppose to: we made the call, they took the info, and they sent help.

Of course, as I’m sitting there with my husband waiting for help, it occurred to me that I might be in the midst of a spiritual lesson. One I really didn’t like or want, but it was happening nonetheless.

You see, my husband had just gotten some good work news we had been waiting on for several months. My mom was having a better day after her third round of chemo. And, I had just signed the agreement for the location of our company launch party (it’s going to be awesome!). It was all good stuff.

And, Satan was so mad!

And, I almost let him yank my chain. Almost. I whined a bit to God; I let him know my displeasure. But, in my conscience, He graciously reminded me of all the good stuff, and, He pointed out to me that this was just quite literally a speed bump that allowed me to slow down and appreciate the place where I was at while it happened.

Ultimately, I believe God was using this moment to remind me that I may have a list, a plan, an agenda that I think I’m suppose to follow within a certain timeline. And, it might be a good plan and have a good purpose. But, not only might His plans be different AND better, He also wants me to stop AND appreciate where He has brought me.

We have been facing some challenges in our family this year, but He, my heavenly Father, has known all along what we needed, where we needed to be, and how long we would need to be there. He had His list, and He has been walking with us through it day after day.

I’m glad my car is running now. It means I can get on with my list and my plans.
But, I’m even more excited to find out what the next plans are that God has in store for me, for my family, and for this company. I bet they are going to be AMAZING!

“‘For I know the plans I have for you,’ declares the LORD, ‘plans to prosper you and not to harm you, plans to give you hope and a future.'” Jeremiah 29:11

Have you ever experience God’s change of plans? We look forward to reading about it in our comments section.